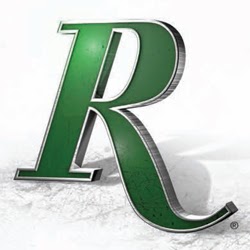 Remington has long been known for the best selling bolt action rifles (Remington Model 700) and the best selling shotgun (Remington 870) on the planet.  To say that Remington is dominant in those market spaces would be like saying Michael Jordan could play a little Basketball.  What has eluded Big Green so far is equally popular handguns.  This goes all the way back to the 1850’s when Remington tried to compete with Colt’s single action Army.  Mr. Colt had a two year head start and Remington never gained a strong foothold.  Remington has made several attempts at releasing a pistol the public wants but after two centuries in business Remington and Pistol are not words strongly associated with each other.

Which brings us to one of their newest offerings: the Remington RM380, an all metal framed 6+1 pocket sized, semi auto, hammer fired, DA pistol.  This pistol is a slightly updated design that was produced for a number of years by US boutique manufacturer Rohrbaugh.  Rohrbaugh had quite a cult following but due to their low volume production their products were priced out of reach of the average consumer. The RM380 can trace its’ lineage directly to the Rohrbaugh R9 9mm pistol that won the NRA’s Shooting Illustrated Handgun of the year award in 2005.  Freedom Group (Remington) bought Rohrbaugh in 2014, so even though the RM380 is a new offering from Remington, it is not necessarily a new, or unproven, design.  Three changes Remington made were the addition of a slide stop, the relocation of the magazine release to a spot more commonly found on guns made for North America, and they halved the price from the going rate for a Rohrbaugh.

We took a brand new RM380 to the range along with boxes of 90 gr Fiocci FMJ, SigAmmo 90gr JHP, Tula steel case to try it out.

spoiler alert, 1) we really liked it;  2) It doesn’t appear to like Tula steel cased ammo, at least not right out of the box;  and 3) you should never, EVER, let Barron borrow your gun if you like it.

As Eli stated in the video, he didn’t have super high expectations for this pistol.  No one who has followed Remington’s history with pistols would, and the market it was designed to compete in is about as crowded as Walmart on Black Friday. BUT, there are some interesting things about the pistol, most notably it is not polymer.  The frame is machined from 7075 aluminum, one could speculate that this is one reason for its reliability.  There aren’t many compact all metal pistols out there, most are larger than the RM380, and more expensive.  Furthermore it is a true Double Action pistol.  What does this mean?  Pulling the trigger cocks as well as releases the hammer (two actions). You can rack the slide, which loads the chamber, and if you pull the trigger and the gun does not go bang, you can just keep pulling the trigger. Most polymer pistols are striker fired and are commonly Single Action meaning that the trigger only releases the striker, cocking is only accomplished by movement of the slide.  Double Action is a plus to many people, but it typically results in a longer trigger pull, which can be an issue for folks with limited hand strength and when aimed fired is called for.

The RM380 is slightly larger than most of the best sellers in the mostly polymer subcompact market which might seem like a mark against it in a field where smaller is usually perceived as better.  Remington may be onto something here, as one of the chief complaints regarding pocket sized pistols, as Eli demonstrated in the video, is they are notoriously unpleasant to shoot.  Small size and being lightweight is great for concealability & comfortable carry, but it is the exact recipe for transmitting recoil up your wrist and forearm.  By designing their offering slightly larger and a tiny bit heavier than some of the competition what they have produced is a gun that is more pleasant to shoot than other small polymer guns like the Kel-tec P3AT, Smith & Wesson Bodyguard, Ruger LCP, Beretta Pico, Taurus TCP, and other tiny pistols.  It is, however, slightly smaller than Glock’s smallest offering and it is smaller than the metal framed  Bersa Thunder, Walther PPK, Kimber Micro, Colt Mustang, and Sig p238.

It has a slide lock, which is desirable both so that you have a large visual cue that you are empty, and to make reloading in stressful situations a little easier.  The gun also has an ambidextrous magazine release and since it lacks any sort of manual safety the RM380 qualifies as ambidextrous which should make southpaws, and Matrix style two fisted shooters, happy.   Another thing that we have noticed is that the Remington requires less effort to cycle the action than the average pistol, this is probably due to the dual recoil spring. It has a nice beavertail on the rear to minimize the probability that the slide will take a chunk out your hand if using a high grip.  Being a hammer fired double action gun, with no external safety you can expect that the trigger pull is heavy & long, and it is, but even though a heavy, long trigger pull is part of the safety design of this gun, Eli and Barron found the trigger pull to be quite smooth.

Takedown is sort of middle of the road as far as difficulty.  The easiest pistols to disassemble for cleaning have a lever, or a release of some sort, and require just two steps.  The worst require a tool, three hands, a powerpoint tutorial, and the ability to solve a rubik’s cube  (I’m looking at you Ruger Mark III).  The RM380 requires you to pull the slide partially back, and most of the time you will have to use a paperclip or some similar device to push a pin out.  After that it is just like every other short recoil operated pistol.

So a highly concealable, reliable, pleasant shooting, double action .380 with an easily manipulated slide at a very competitive price…sounds like a pretty good recipe for success.

The gun ships in a nice (but cardboard) box with two magazines, one with a pinky rest, one without, both with 6 rounds capacity; a cable lock; and a manual.

Get yours at Liberty Tree

Disclaimer: Firearms should be treated with care and respect. We do not recommend you throw your gun, stomp your gun, cram it full of coffee grounds, or pour coffee into it.  Don’t purposefully fling it against solid objects.

Let us do that. The Ruger American Pistol: is it Any Good?